Tobii Dynavox, the global leader in Assistive Technology for communication, announced today the launch of Indi™, the world’s first all-in-one speech tablet for non-verbal communicators, directly targeted to the consumer market. Priced at only $999, the Windows 10 based Indi with its industry leading software Snap represents a disruption in the market for touch-based speech devices.

Tobii Dynavox Indi is the ideal communication device for non-verbal or verbally limited users. Its fully integrated and outward facing speakers provide exceptionally loud and clear output, ensuring a powerful voice that is heard in any environment. Indi is primarily accessed through its touch screen but can also be controlled by a switch or a head mouse. The key user groups for the product are individuals with Autism, Cerebral Palsy, Down Syndrome and intellectual disabilities.

Indi comes bundled with Snap, the all new Tobii Dynavox software, designed for intuitive and engaging symbol-based communication. At the heart of Snap is Core First®, Tobii Dynavox’s systematic delivery of core word vocabulary, which is based on the proven research by the University of North Carolina at Chapel Hill. Core First systematically helps users build their vocabulary and communication skills and evolves with them as they grow.

“The Indi is a beautifully designed speech tablet that anyone would be proud to carry” said Fredrik Ruben, President of Tobii Dynavox. “We want to deliver a complete solution that is super easy to start using and that grows and adapts with the needs of symbol based communicators.” he continued. “Together with the full ecosystem of support like Pathways for Core First, we can now offer an unmatched program to enable verbally limited individuals to gain literacy and life changing independence.”

Indi comes with everything needed to start right out of the box, including a two-year manufacturer’s warranty and 90 days of telephone support. It addresses all communication needs and includes additional features such as environmental controls (ECU), social media, email, music as well as access to thousands of Windows applications. A wide array of customized accessories such as carrying handle and protective casing are also available.

Indi can be ordered today in select markets via www.tobiidynavox.com or a network of Tobii Dynavox sales consultants and resellers.

To learn more about the Indi speech tablet and Snap software, visit www.tobiidynavox.com/indi

This information is information that Tobii AB (publ) is obliged to make public pursuant to the EU Market Abuse Regulation. The information was submitted for publication, through the agency of the contact person set out below, on April 11, 2017, at 08:00 a.m. CET. 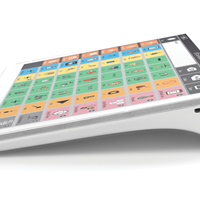 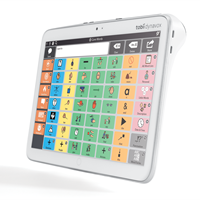 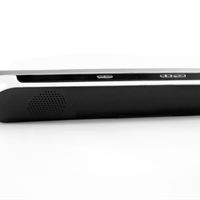 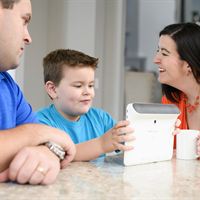 Tobii is the global leader in eye tracking. Our vision is a world where all technology works in harmony with natural human behavior. Tobii operates through three business units: Tobii Dynavox makes specially designed devices that are controlled by eye movement or touch screens for use by people with special needs due to spinal cord injuries, CP, ALS or other medical conditions. Tobii Pro develops and sells eye-tracking equipment and services used today by more than 3,000 companies and 2,000 research institutions, including all of the world’s 50 highest ranked universities. Tobii Tech further develops Tobii’s technology for new volume markets, such as computer games, personal computers, virtual reality and vehicles. Tobii is headquartered in Sweden and is listed on Nasdaq Stockholm (TOBII). The group has over 700 employees. For more information: www.tobii.com.

Continue to Tobii Dynavox in the US

Not in the US? Select your country below.

Call us Mail
In order to be able to support you we will process your personal data according to our Privacy Policy.

Thank you for contacting us!

We will get back to you as soon as we can. You will get an automated confirmation of your request by email. Please respond to the email to add comments or additional information.

Looking to purchase one of our products or need support for a product you currently have? Please contact your local Tobii Dynavox reseller for more information.

Based on your location, please select your country from the globe icon at the top of this page. This will ensure you receive the most accurate information and resources.